Comparison of Anti Drone Systems: Which system to trust? • Freshvale
Follow Us

Comparison of Anti Drone Systems: Which system to trust? 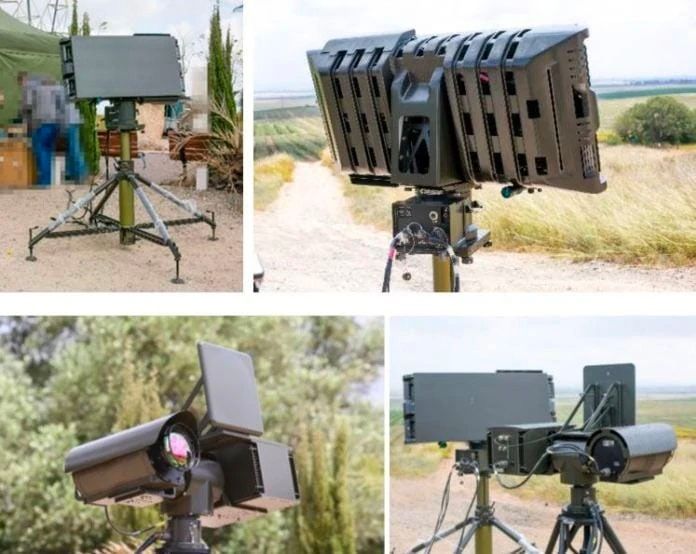 With the democratization of drones came the need to develop technologies to counter them. However, the choice of antidrone technology to use in an increasingly congested and ultra-competitive market segment can be much more difficult than it seems.

First, what do we mean by anti-drone technologies and how does it work?

Antidrone technology is any system intended for the detection and / or interception of Unmanned Aerial Systems (UASs). To date, according to dronecenter, there are more than 235 antidrone products on the market or in active development. The sector, it must be noted, is very young, but is not less innovative. In 2015, a study conducted by Sandia National Laboratories identified only 10 companies dedicated to the production of antidrone technologies, three years later, more than 200 antidrone systems were present on the market.

All these different systems, to deal with the threat of drones use a variety of techniques and technologies.

For the detection, one or a combination of these 5 different technologies are used:

Through our researches, 5 antidrone systems stood out by their functionalities, their methods of interception and specs. Some of them are well known while others are less known by the general public.

Raytheon, a company specializing primarily in the fields of defense systems and electronics is perhaps one of the most recognized of this list in the field of defense.

The company has recently developed an antidrone and delivered its first antidrone buggy to the US Air Force, just over a year after the launch of the technology. This is a system that uses a high-energy laser coupled with a targeting system adapted from Raytheon’s Multispectral Targeting System (MTS), which combines optical and infrared sensors to acquire and track aerial targets and direct emitted beam.

Numerous characteristics of the system are still unknown because of its use by the US army. Other important aspect of the system is its mobility; and the system, in its basic version comes with a vehicle with an engine of 88 horses and can reach up to 100 km / h.

Developed by Freshvale, the SAD-360E is a sophisticated security system designed to protect sites from unwanted drones preventing them from entering, flying over or landing within a given perimeter. It consists of a 3D Radar system which, in addition to detecting the radar signature, determines the position, distance and even altitude of any UASs. The SAD-360E is also equiped with an optical and infrared tracking system with 360-degree coverage. It is equipped with Radio Frequency jammer as well as GNSS signals (GPS / GLONASS / Galileo / Beidou) jammer and data signals jammer. Once a drone is detected, the SAD-360E jams its communication and guidance signals, then grounds it in current location or forced it away. It has a detection range of 3 km minimum, and an effective jamming range of 2.5 km.

Developed by Delft Dynamics B.V., the DroneCatcher uses an unconventional approach. The system is, in fact, a drone equipped with nets launcher that is used to capture other drones in a restricted area.

The DroneCatcher according to the manufacturer is used for the protection of airports, prisons, military bases, and parliamentary buildings.

The characteristics of the drone are indicated in the table below.

Developed by Drone Defense, Skyfence is an anti-drone system that prevents Unmanned Aerial Systems from entering a perimeter by creating a virtual wall around the perimeter, that disrupts their command and navigation transmissions. It can be configured horizontally or vertically depending on operational requirements, with a range of 40m on the ground over an altitude of 500m. To protect a perimeter, several Skyfence units must be deployed along a given perimeter.

As its name suggests, the DroneGun is a compact and lightweight rifle-shaped antidrone system designed for one-handed use. It works by jamming Radio Frequencies, Communication Signals, and GNSS navigation signals (GPS, GLONASS, BeiDou, Galileo). It has a range of 1km and autonomy of 1h in a single charge. The big absent feature of the DroneGun is clearly the fact that the system does not have any target detection and tracking system. It is therefore based on the visual perception by the operator of any potential threat.

Each of these systems is in its own way a response to the threat that poses the proliferation of UAVs and their potential use for the purpose of terrorist attacks or illegal activities. Depending on the needs, each of these systems can be very effective. However, the Freshvale SAD 360E is proving to be particularly efficient and more suited for the protection of infrastructures and sensitive sites. With a range of more than 3km, and its combination of advanced detection techniques, The SAD 360E, remains the best option on the market. Our honorable mention is the DroneGun, which unfortunately lack an target detection and tracking system, thus requires the operator to be constantly alert.

Comparison of Anti Drone Systems: Which system to trust?Wed, Nov 20th 2019
Send another one?